Hundreds of German citizens gathered on Saturday in Berlin to protest violence against Rohingya Muslims in Myanmar. The protestors carried banners read “Stop genocide in Myanmar” and “We are all humans” in both English and German.

A group of people held a demonstration Saturday in German capital of Berlin to protest the recent violence in Myanmar's Rakhine State.

Gathering in front of the Myanmar Embassy in Berlin, the protestors carried banners read "Stop genocide in Myanmar" and "We are all humans" in both English and German. 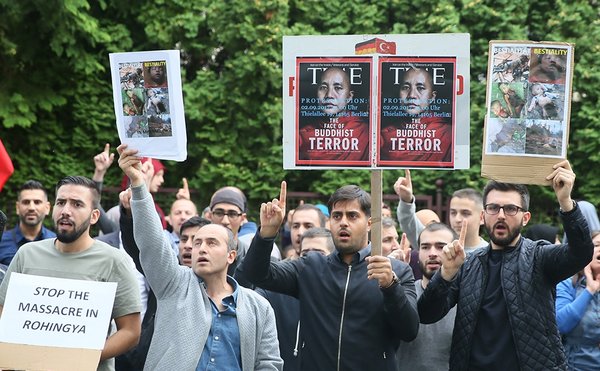 During the protest organized by a Turkish NGO, Turkish Community of Berlin and supported by some other NGOs in Berlin, a press release was read out, saying Rohingya Muslims in Myanmar were living under government's pressure and in inhumane conditions.

Highlighting the Rohingya people were alone, the protestors called for help for the suffering Muslims there. 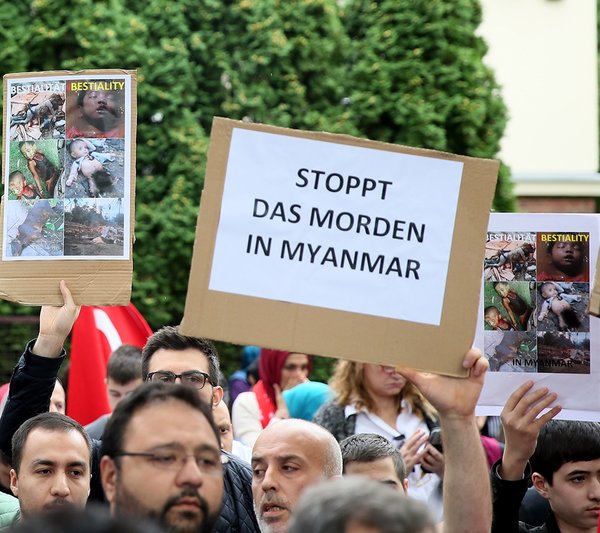 Violence erupted in Myanmar's Rakhine State on Aug. 25 when the country's security forces launched an operation against Rohingya Muslim community. It triggered a fresh influx of refugees towards neighboring Bangladesh though the country sealed off its border for the refugees. 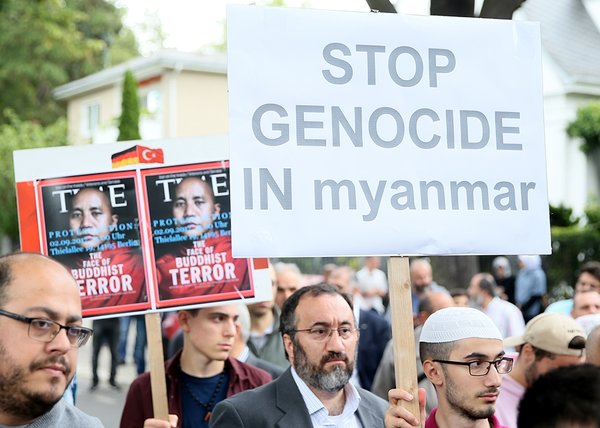 The region has seen simmering tension between its Buddhist and Muslim populations since communal violence broke out in 2012.

A security clampdown launched in October last year in Maungdaw, where Rohingya form the majority, led to a UN report on human rights violations by security forces that indicated crimes against humanity.

The UN documented mass gang-rape, killings -- including that of babies and young children -- brutal beatings and disappearances. Rohingya representatives have said approximately 400 people were slain during the operation.