Fehmi Tekelioğlu's love affair with ice skating started with a frozen pond at a park in the Turkish capital 65 years ago.

"Gençlik Park's pond was frozen at minus 19 degrees Celsius (-2.2 degrees Fahrenheit). I was mesmerized by it. Ankara did not have an ice rink then.

"We started skating on the pond, or poured water on the ground and waited for it to freeze," the 74-year-old told Anadolu Agency.

Gençlik Park, Turkish for youth, is one of the oldest green spaces of the capital. 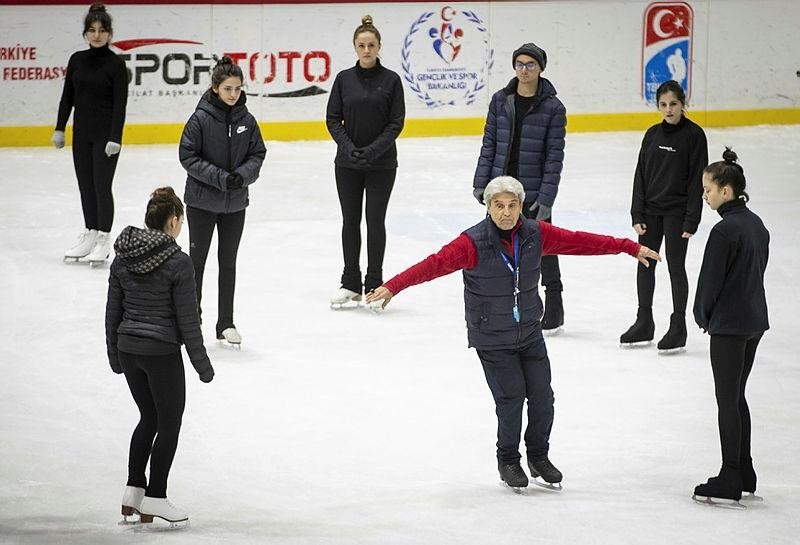 "We fell into the icy water when the ice broke. But we never gave up. We would wait for our clothes to dry and then resume skating," he recalled.

This childhood playtime activity turned into a serious hobby with time. He founded an ice skating club in 1967 and it was officially registered in 1972.

"Once the rink opened, I started giving ice skating courses."

When asked who should join the sport, Tekelioğlu said anyone who can walk.

"As of the age of 4, everyone who can walk can do ice skating," Tekelioğlu said.

He said the sport improves balance, adding that ice skating is a compulsory course at schools in Nordic countries. 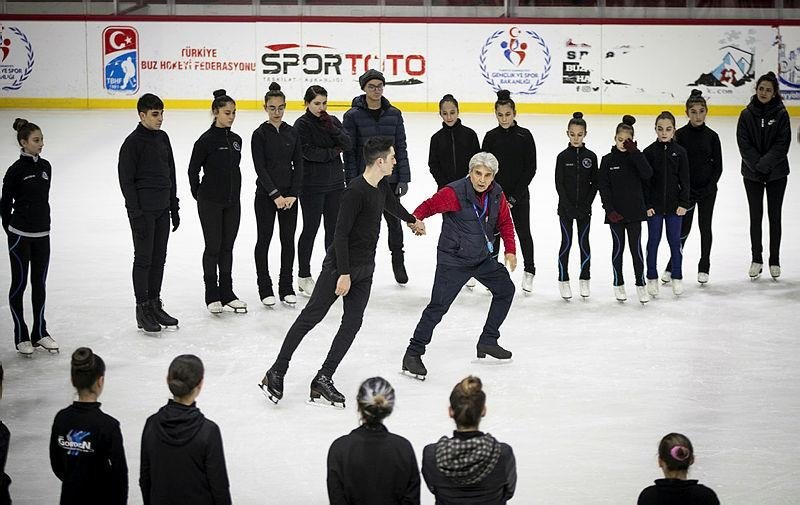 He said he hoped that his students will go on to participate in the European and world championships and the Olympics.

Turkey established Ice Skating Federation in 2006 and is a member of the International Skating Union (ISU).

Separately, Turkey has an ice hockey federation and a super league, which was founded in 1993, as well as national teams in men's and women's categories.

According to the International Ice Hockey Federation (IIHF), Turkey has 30 indoor and two outdoor rinks.