A young Syrian man became a hero for saving the lives of a couple who were stuck under the rubble because of a powerful earthquake that took place in Turkey's Elazığ province on Friday.

They say not all heroes wear capes. Dürdane and her husband Zülküf Aydın owe their lives to a young Syrian man who rescued them after a powerful earthquake shook eastern Turkey on Friday.

The man with his bare hands lifted rock after rock to reach the couple who was buried under the rubble in the Elazığ province.

Anadolu Agency managed to reach the young man, Mahmud al-Osman, who left Syria's city of Hama two years ago to Turkey's southern Hatay province and then to the city of Elazığ for his university education. 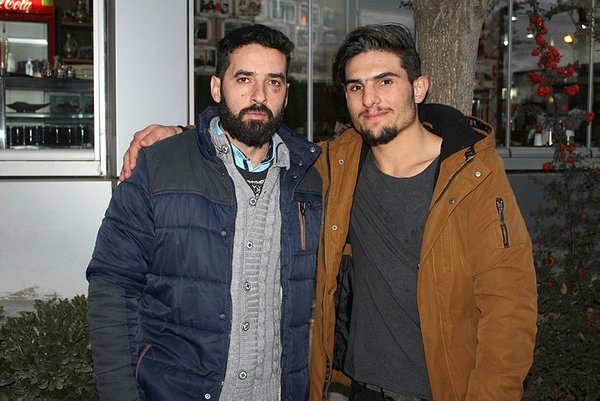 "After the earthquake tremors stopped, I went to the affected area. I heard people screaming for help from under the rubble. Then I heard the woman and her husband's voice. I tried to pull the rocks away with my hands. I asked young people around to help me and we worked together. First we managed to save the man, then I tried to clear the rubble away for the woman. I lifted a big pile of rocks with my hands, freed the woman's legs. Then I managed to save her. The rescue team then got her to the hospital."

When asked if the wounds he got from the rescue effort hurt him, he brushed the question aside.

"They do not matter. What matters is they are saved. I lost my cell phone after the quake but it does not matter. It is important for me to save those people. I used my phone's torch at the scene, so [Ms. Aydın] and her husband understood that they can be saved when they saw the light. This has a special place in my heart."

Anadolu Agency then took Osman to meet the family who was living temporarily at their relative's house in a nearby village.

It was an emotional meeting with Dürdane Aydın bursting into tears and crying: "You are our hero." 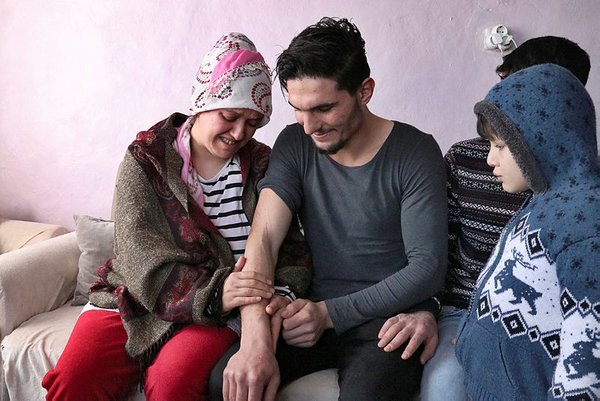 When she learned Osman's mother is in Syria, she said: "Don't worry. I am both your mother and sister now. I will not let you go."

Describing the time when they were buried under the rubble, she said she had hugged her husband and said her final farewell.

"When my husband saw a light above, he whistled and cried for help. Mahmud first saved my husband and then myself. His hands were bleeding but still he was telling me to be careful because of pieces of glass around. He is our hero. When I got out of the rubble, I immediately asked my husband where the boy went."

"When Mahmud saved me from under the rubble, he first could not do the same for my wife because her legs were stuck. Then people sent him down and he worked hard to save her. Time passed so quickly for us, but Mahmud tried for 3.5 hours to save her. He tried to help others after saving us."