In western Turkey lives a man with 64 years of work experience who dedicated his life to making the special leather pants used in traditional Turkish wrestling.

İrfan Şahin, 77, started working when only a child and has continued to do so to this day, hand-crafting leather pants for wrestlers in a one-room studio in the historic province of Çanakkale covered with posters and newspaper clippings of legendary wrestlers.

As part of the United Nations Educational, Scientific and Cultural Organization's (UNESCO) intangible heritage list, in 2010 Şahin was designated a "living human treasure" in recognition of his contributions to this all-but-forgotten traditional profession. 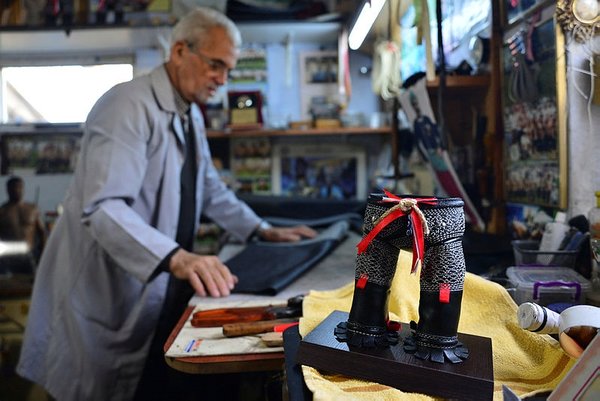 "The famous wrestlers back then would come to my master and have their leather pants prepared. 'Will I ever sew leather pants for champion wrestlers?' I would ask," he told Anadolu Agency.

Stating that the passing away of famous crafters, including his master, was a turning point in his career, he said that all renowned wrestlers now ask him to take over and sew their trousers. 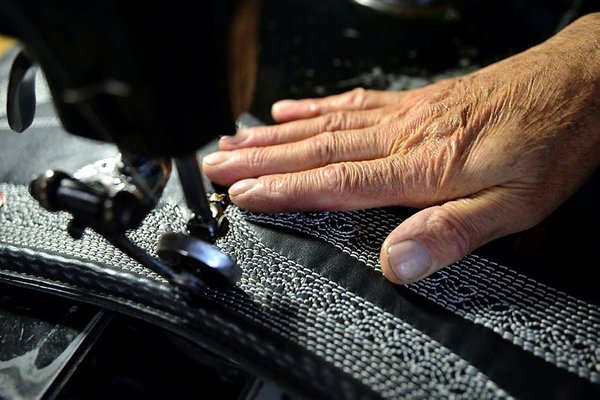 "I'm in love with this art. Up to now, I've sewed thousands of pants. Now I raise apprentices," he said, adding they would meet and discuss how to improve their work.

He added that he had fashioned pants for three eminent Turkish presidents -- Recep Tayyip Erdoğan, Turgut Özal, and Süleyman Demirel -- calling doing so "an honor for me."

On traditional oil wrestling, part of Turkish sports culture for centuries, he said the future is bright as the new generation of wrestlers is literate and cultured.

"I was selected for the UNESCO [heritage list] for carrying out my profession successfully," he said, adding that getting rich was never his motivation, but rather improving himself professionally.