TURKEY Daily Sabah
Published November 19,2019
The Turkish Navy launched a large-scale drill with the participation of a Pakistani frigate in the Eastern Mediterranean, which is expected to boost naval cooperation among the two countries. The Pakistani navy is also expected to participate in the Mediterranean Shield Drill, along with eight other countries.

The frigate dropped its anchor at the Aksaz Naval Base in Marmaris district, Anadolu Agency reported. 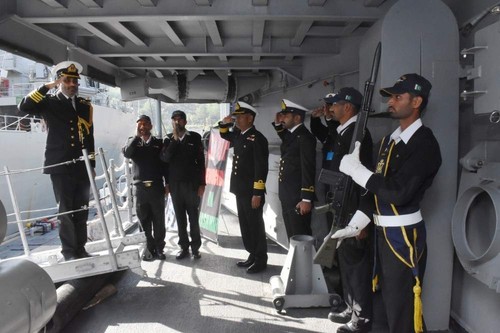 PNS Alamgir Captain Muhammad Akram said they were honored to take part in the multinational drill as they want to improve cooperation among friendly and allied nations.

Meanwhile, the Pakistani navy will also join the Mediterranean Shield Drill, which was launched by the Turkish Navy in 2006 to ensure naval security in the Eastern Mediterranean.

The Turkish Naval Forces also participated in the AMAN-2019 drill hosted by Pakistan in the Arabian Sea.

A frigate from the Turkish Navy, TCG Gökçeada participated in the maritime exercise in February.