The Turkish industry and technology minister was in Turkey's scenic Cappadocia region on Monday to ride the country's first domestically-made hot air balloon.

After piloting the balloon over the region's unique fairy chimneys, Varank underlined the contribution of the ballon tours to the local tourism sector.

"Millions of euros will now remain in our country," he said, referring to the balloons' domestic production.

"Taking into account maintenance, repair and other costs, we are talking about a much larger economy with a great export potential," he added. 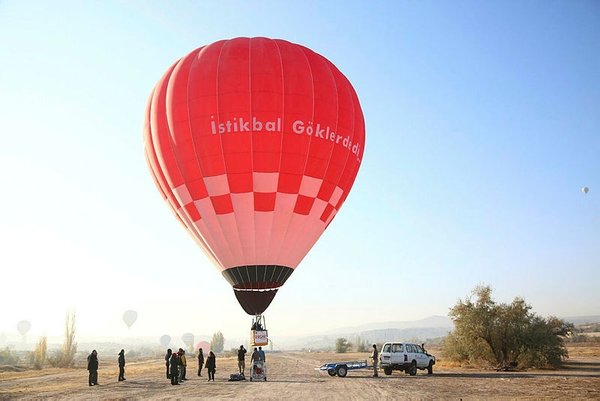 Airborne tests of the balloon were completed on Oct. 11.

The annual costs of dome replacement, maintenance and fabrics of 230 balloons which operated in various places in Turkey stand at nearly €3 million ($3.32 million).

Domestic production efforts aim, in the first stage, to reduce expenditures on maintenance and repair costs and later produce an annual 60 vessels.