Over 11 million saplings have been planted on Monday in 2,023 different localities across Turkey, as part of the country's "breath for the future" campaign.

Turkey's massive forestation campaign began with the declaration of Nov. 11 as the National Forestation Day that will be marked annually.

The country began its biggest environmental festival at 11.11 a.m. local time (0811GMT) as it was announced previously. 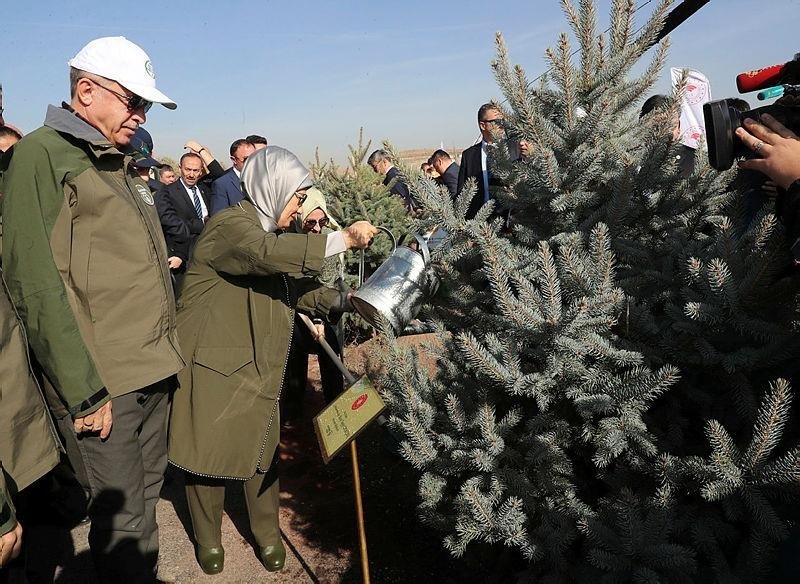 "On Nov. 11, which was declared as the National Forestation Day, we will plant 11 million saplings," President Recep Tayyip Erdoğan said in a Twitter post on Sunday.

Turkey's Agriculture and Forestry Ministry had launched Breath for the Future campaign in late October.

The ministry will plant the saplings on behalf of people who adopted them online. So far 13 million trees have been adopted.

Besides the government, a number of NGOs have also joined the drive.