A lamb, revived and rescued in central Turkey, was named "Hayat", or "Life" by its saviors.

Animal enthusiasts Berkant Koray Yıldırım and Ezgi Terzioğlu found the little lamb about to die in the wilderness and took it directly to Erciyes University in Kayseri.

Veterinarians found that the lamb was afflicted by the cold and left without food and water for a prolonged period.

After initial treatment with hot water bags and an electric heater, it was sent to a local municipal veterinary clinic in a zoo. 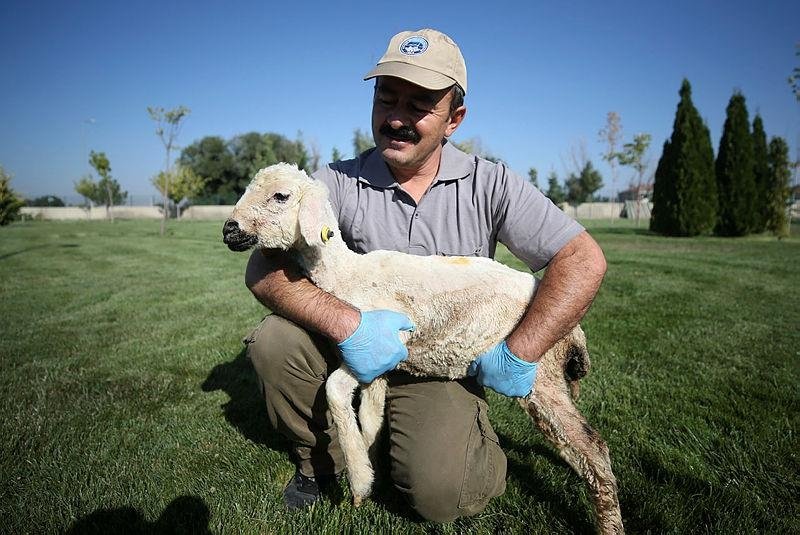 Having fully recovered, little Hayat was able to run free in the zoo's garden.

"It's been four days and he's in good health now. Since he returned to life, we named him 'Hayat'," said Burhanettin Bacak, the head of the zoo.

Bacak said that when Yıldırım and Terzioğlu found the lamb, they thought it was dead.

He added that the zoo's veterinarians wanted to accept the animal immediately, as its facilities doubled as a shelter for animals. 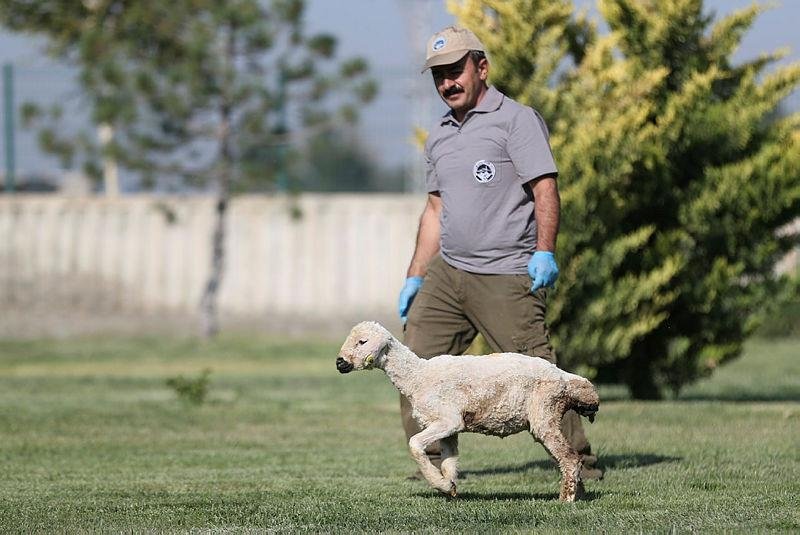 "Now, he is running and playing in the yard, as he used to," said Bacak.

It was reported that while Hayat's owners wanted the animal back, they were unwilling to pay for the treatment.

The Kayseri Animal Protection Association (KAYHAKDER) bought the lamb for 100 Turkish liras ($17.57) from the owners.