Many statesmen and prominent figures attended the wedding in Istanbul.

Erdoğans wished the couple a long and happy marriage. 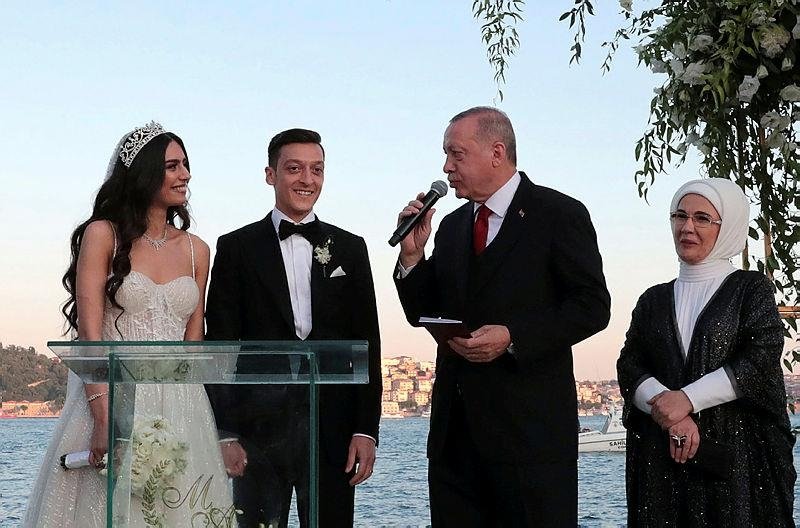 Özil and his model wife Gülşe, who was crowned Miss Turkey in 2014, also made a hefty donation to the Turkish Red Crescent (Kızılay) to be spent on war victims and refugees.

The aid organization used the donation to provide dinner to some 15,000 Syrian refugees and Bayirbucak Turkmen from northern Syria.

Grindel later admitted that he had not been supportive enough.

Without Özil, Germany started their UEFA Nations League journey with three consecutive bad results. They drew with France 0-0 at home, defeated by Netherlands 3-0 and lost to France 2-1 in an away match.

Germany also lost six of their last ten matches and relegated to League B in the UEFA Nations League.