Turkey's President Recep Tayyip Erdoğan cast his ballot in Istanbul in Sunday's local elections. Speaking to reporters after casting his vote, Erdoğan expressed hope for high turnout in ballot boxes. He said the voting process is continuing smoothly across Turkey. Sunday's polls mark the first local elections in Turkey under the new presidential government system, adopted in an April 2017 referendum.

"I hope we close the ballot boxes in the evening with a high voter turnout," Erdoğan told reporters.

Erdoğan will start to follow the election results in Istanbul, and after addressing a news conference there, he will head to the capital Ankara, the president said. 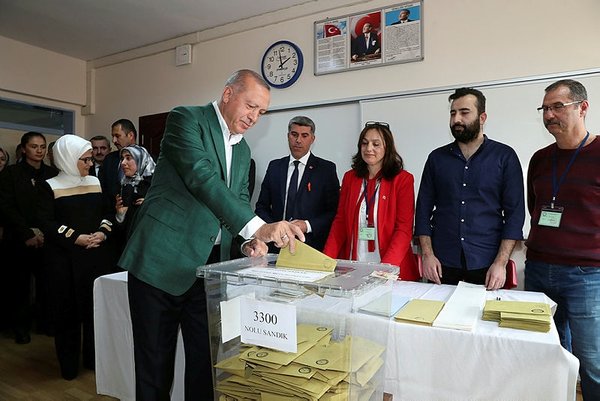 Justice and Development Party (AK Party)'s Istanbul mayoral candidate Binali Yıldırım cast his ballot in the city's Tuzla district on the Asian side.

Yıldırım's grandchildren and his wife Semiha Yıldırım accompanied him at the polling station. 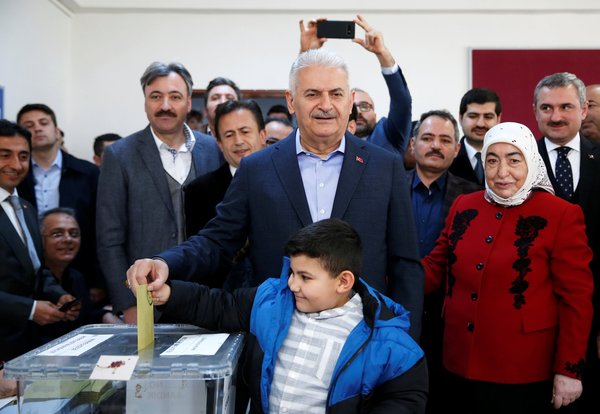 Speaking to reporters after casting his ballot, Kılıçdaroğlu said: "I hope our citizens will make their decisions without any negative incident."

"Hopefully the end of March will be spring," Kılıçdaroğlu added, one of his party's election slogans. 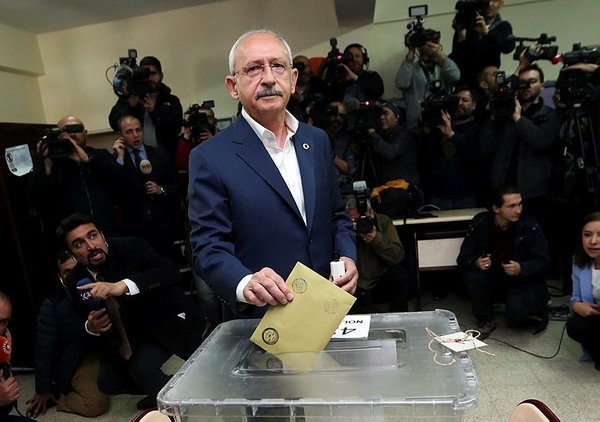 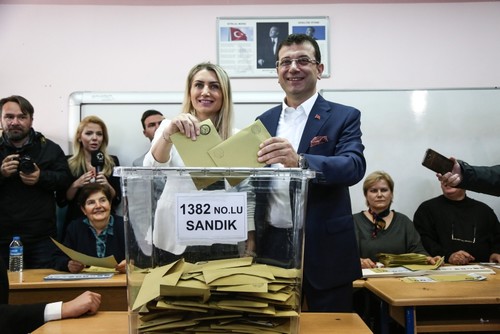 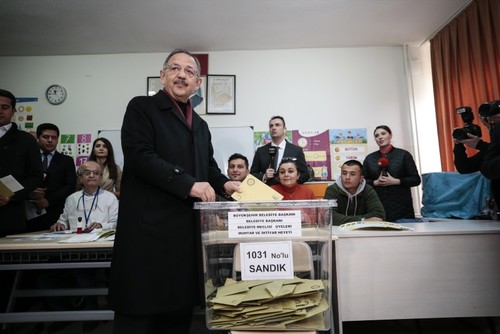 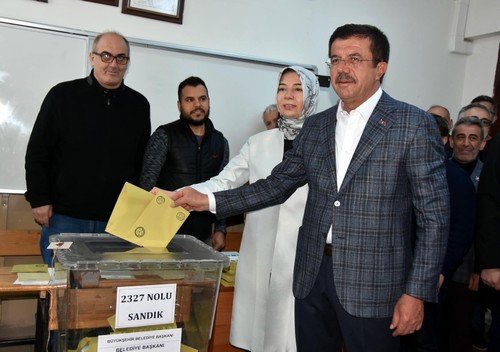 Zeybekci told reporters that the will of the people will decide the future of Izmir, as he noted they will respect the decision of the voters. 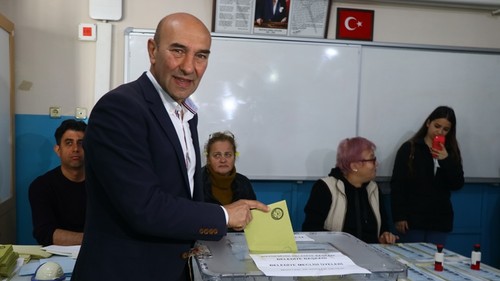 Vice President Fuat Oktay also cast his ballot in the capital Ankara, as he emphasized that the turnout in Turkey has always been high. 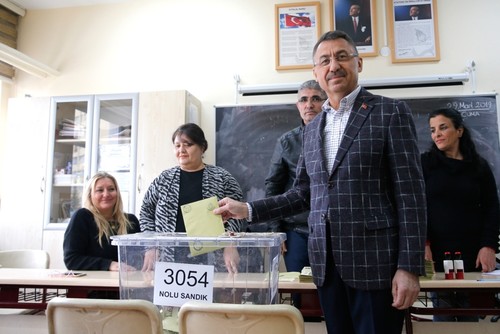 Ahead of the June 24 presidential and parliamentary elections last year, the AK Party and the MHP formed the People's Alliance, which continues for the March 31 elections. The alliance received a majority in Parliament, while their presidential candidate, Erdoğan, won the election with 52.6 percent of the vote.

The Nation Alliance consists of the Republican People's Party (CHP), the Good Party (IP) and the Felicity Party with the support of the outsider Peoples' Democratic Party (HDP)