Syrian civilians fleeing airstrikes by the Bashar al-Assad regime and its allies await humanitarian aid while facing harsh winter conditions in the Idlib de-escalation zone in the country's northwest.

Around 30,000 displaced people are fighting to survive amid freezing cold and snowfall in southwest Idlib.

While some tents have collapsed due to piling snow, civilians are searching for warmth against the biting winter. 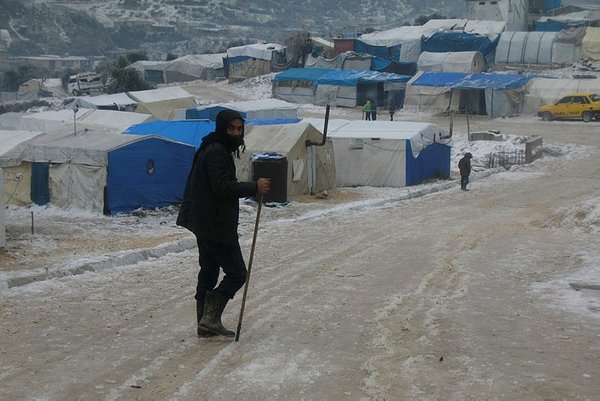 Some families have even taken to burning some of the garments they brought with them, in the hopes of mitigating the cold for their children.

One of the residents of a refugee camp in southeast Idlib, Musa Abu Rashid, told Anadolu Agency that some tents they staying in collapsed and some roads were closed due to the heavy snowfall.

"The biggest problem here is that people don't have necessary means to warm up," he added.

Fellow camp resident Firas Abu Muhammed, who said the only thing they wanted was to warm their tents, said: "Children got sick because of the strong cold and snowstorm." 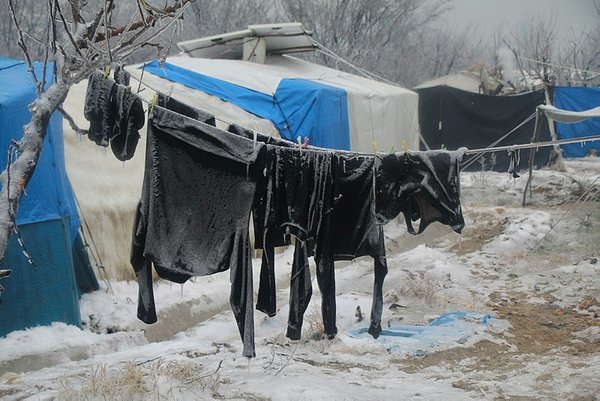 Turkey and Russia agreed in September 2018 to turn Idlib into a de-escalation zone in which acts of aggression are expressly prohibited.

Since then, more than 1,300 civilians have been killed in attacks by the regime and Russian forces in the de-escalation zone as the cease-fire continues to be violated.

Over 1 million Syrians have moved near the Turkish border due to the intense attacks last year.

According to the National Coalition for Syrian Revolutionary and Opposition Forces, Idlib province is home to around 3 million civilians, 75% of them women and children.