Following the Friday prayer ceremony last week, Pedro Carvalho had a conversation outside of the mosque with Ali Tos, a Turkish imam, about the necessity of the Christian world to get to know Islam better. 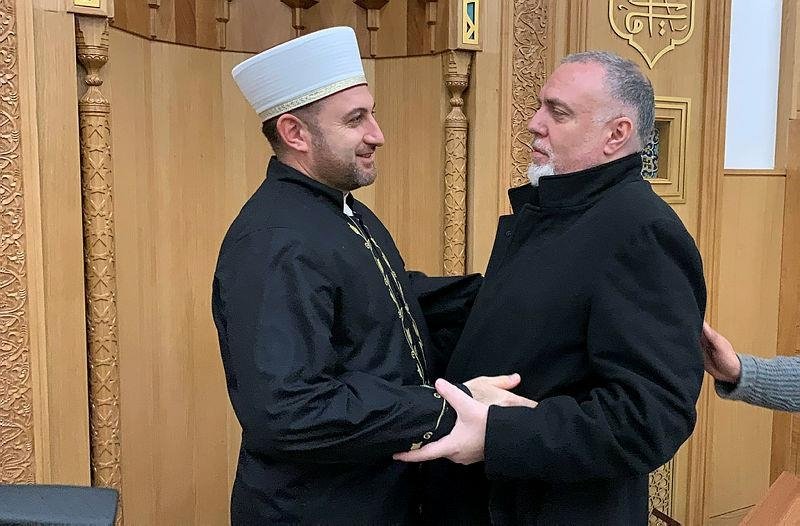 Carvalho added that the obstacles for learning the religion should be removed, and that he learned about Islam while working with Muslims.

He told the imam about his intention of becoming a Muslim, but that he was "looking for the right time". 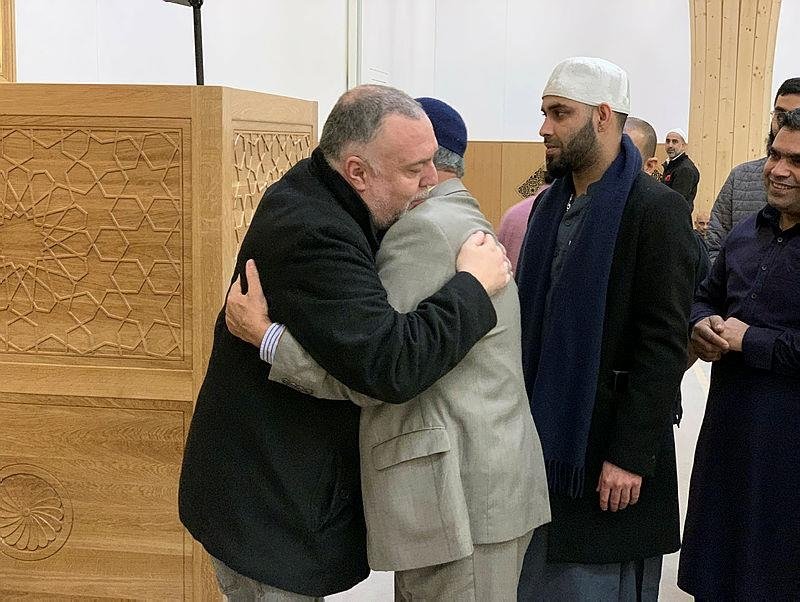 Upon asking the imam to "show him how to become a Muslim," Carvalho and Tos proceeded together into the mosque where the media consultant converted to Islam.

Carvalho told Anadolu Agency that converting to Islam has been a journey for him, adding: "It's all to do with my feelings for the Almighty, for Allah."

Pointing to his heart, Carvalho said that converting to Islam was an inner decision.

"This feeling is part of my soul, it's part of me, and one day I will meet my Maker, and today I feel much happier," he added.

Following his conversion to Islam, people in the mosque kept greeting and hugging Carvalho.

British singer -- also known as Cat Stevens, who became Muslim over 40 years ago -- later on also congratulated his media consultant on the conversion, while Carvalho's fiancee, also a converted Muslim, along with her family supported him on his decision.

Turkish President Recep Tayyip Erdogan along with first lady Emine Erdogan and a group of high-level Turkish officials on Thursday attended the inauguration ceremony of the mosque.

Also attending the ceremony, Islam said the mosque will promote mutual understanding among the communities, and thanked the Turkish president and Turkey's Religious Affairs Directorate for assistance in building the mosque.

The road to building Europe's first eco-friendly mosque began back in 2008, when the capacity of local churches and houses was unable to meet the worship needs of local Muslims. Muslim students in the city turned to one of Britain's most influential Muslims Timothy Winter, also known as Shaykh Abdal Hakim Murad -- also the dean of the Cambridge Muslim College -- who was instrumental in getting the land for the new mosque.

More than 10,000 people and groups donated money for the landmark purchase, with Turkish groups donating most generously.

The Qatar National Fund also was among the donors.

The design of the mosque's backyard, where some 1,000 people can pray at the same time, pays respect to Islamic traditions, and makes the mosque building eco-friendly.

Besides using natural materials such as wood and marble, the mosque is already famed for its zero-carbon footprint.