Turkish scientists are conducting research on plants they collected in Antarctica during the third National Antarctic Science Expedition.

"After bringing these species to our country, we cultivated them, collected their seeds and took them into the tissue culture environment" for the plants' reproduction, Serçe said, adding "We will complete our research by using samples as we promised to the Ministry of Industry and Technology." 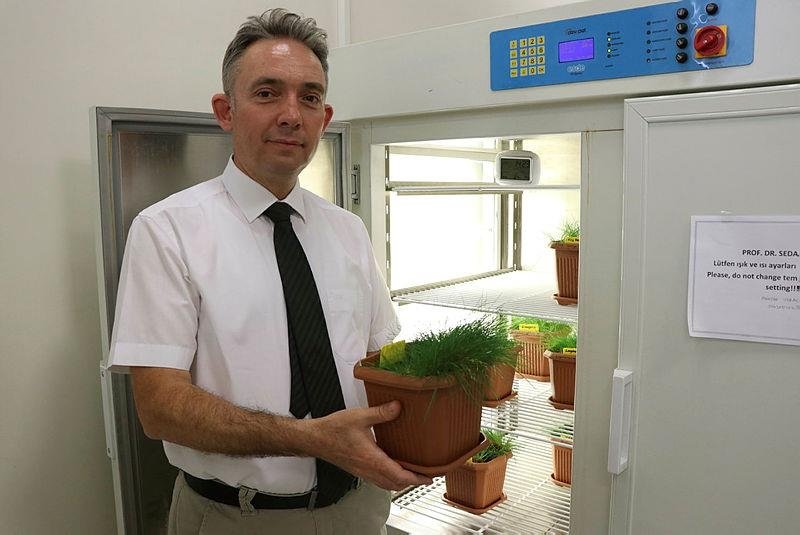 "Antarctica is the world's coldest, windiest, driest and highest mainland, but there are two species in the mainland, particularly in coastal areas: Deschampsia antarctica and Antarctic pearlwort."

Serçe noted there are plant species in Antarctica closely related to those found in Turkey, stressing they will research the diversity of these species and produce information on the types of mechanisms involved in their adaptation to the cold, harsh environment.

- BIGGEST AMOUNT OF SAMPLES COLLECTED IN ANTARCTICA
Serçe said the samples are valuable, as there are no other plant populations collected from such a large area in Antarctica.

"In other words, there are places where more samples were collected in one area, but as far as we know, genotypes that we think contain a variety in such a wide area have not been brought together in any study," he added.

He also underscored that the samples are open to any scientist for research.

In April 2016, the first-ever Turkish team of researchers -- including doctors, botanists, geologists and oceanographers from seven universities -- traveled to Antarctica to study the impact of climate change.

Earlier in February, a Turkish team traveled to Antarctica as part of a research expedition and spent 30 days in the frozen continent.

During the expedition, Anadolu Agency covered the team's scientific efforts.

Antarctica, the coldest continent on earth, has served as a scientific research zone since the signing of a 1959 treaty.