Three meteorites found in the frozen wasteland of Antarctica should advance our knowledge of the solar system, according to the Turkish scientist who collected the rocks.

"Along with the work I did in eastern Antarctica during this expedition, I feel happiness and pride at taking three meteorites that I found during my research on the plateau here back home to our country," Mehmet Yeşiltaş, who teaches space science and aeronautics at Kırklareli University in northwestern Turkey, told Anadolu Agency.

One of a chosen few, Yeşiltaş was part of Turkey's Third National Antarctic Science Expedition, helping staff the Belgian research station at the bottom of the world.

During the expedition, as part of bilateral cooperation, eight scientists from Turkish universities did research at Antarctic bases belonging to countries like Chile, Belgium, South Korea, and Colombia.

"We traveled nearly five hours from Belgium's Princess Elisabeth Station to reach an Antarctic plateau to do the meteorite research," said Yeşiltaş.

In Antarctica's biting cold, they could only spend an hour in the field, but luckily this gave them enough time to retrieve the valuable space rocks. 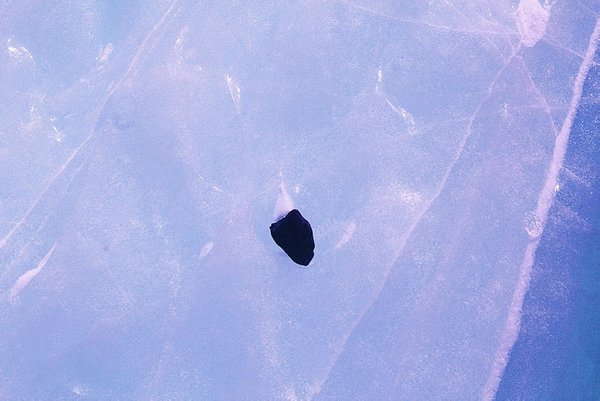 Meteorites are fragments of larger asteroids or even planets, Yeşiltaş explained, and examining their structures teaches us more about the solar system.

"The information we learn from the meteorites will undoubtedly contribute to space science and shed light on mysteries in the field," he said.

The samples will be studied together with researchers from NASA and the European Space Agency (ESA), Yeşiltaş explained.

"It makes me happy to add the samples we collected from Antarctica to my studies," he said, adding that he previously published papers on his other meteorite research.

Collecting and studying meteorites in Antarctica made Turkey a member of the international space science club for the first time, he said.

In April 2016, the first-ever Turkish team of researchers -- including doctors, botanists, geologists, and oceanographers from seven universities -- traveled to Antarctica to study the impact of climate change.

Antarctica, the coldest continent on earth, has served as a scientific research zone since the signing of a 1959 treaty.

The lowest temperature ever recorded in Antarctica, in 1983, was -89 degrees Celsius (-128 Fahrenheit).

In summer, however, mercury on the continent can climb as high as a balmy -15 degrees Celsius (5 Fahrenheit).