Samsung on Tuesday unveiled its second folding smartphone, a "Z Flip" handset with a lofty price tag aimed at "trendsetters." The smartphone flips open, like a case, opening into a 6.7-inch screen, and fits in a pocket when folded. The Galaxy Z Flip will be available beginning Friday at a starting price of $1,380, head of Samsung product marketing in Rebecca Hirst said at a San Francisco unveiling.

Samsung Electronics on Tuesday unveiled a foldable smartphone shaped like a large makeup compact and put 5G mobile network capabilities into all of its other flagship devices as it strives to retain the mantle of biggest global phone company.

Samsung's second attempt at a folding phone after a delayed rollout last year comes as the South Korean firm fends off its traditional rival in the premium smartphone market, Apple Inc , along with ascendant Chinese makers such as Huawei that have eaten into its sales in China and Europe.

Huawei has only released its own folding phones in China, and Apple has yet to release a 5G iPhone of any kind.

Some analysts said sales of Samsung's new flagship series, the Galaxy S20 - which feature as many as four powerful cameras - will be slightly less than those of its predecessor, expecting foldable phones could eat into some of its sales.

Shares of Samsung, which generated 34% of its profit last year from the mobile business and half from its chip business, rose 0.2% in a flat wider market.

The Galaxy Z Flip, with folding glass, starts as a large square when closed and expands to look like most smartphones. It will start at $1,380 and be available from Friday in purple, gold and black, executives said in San Francisco. 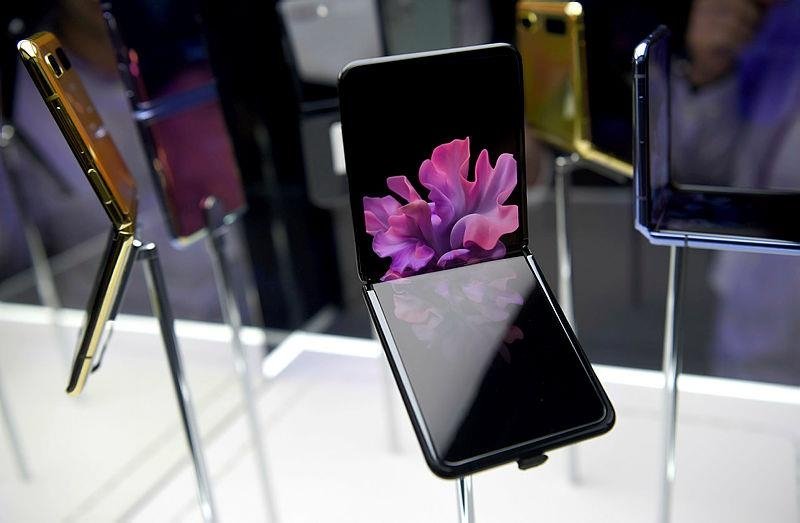 Last year's Galaxy Fold, a larger unit that folds like a book and was panned for its construction, had a plastic screen and was priced at nearly $2,000.

Carriers are betting on 5G handsets to revive demand, as people keep their phones for as long as three to four years with the global smartphone market maturing, said Cristiano Amon, president of Qualcomm Inc, which supplied the chips for many of the Samsung devices.

"The key thing that is relevant about the Galaxy S20 is it's really a story about how 5G now becomes mainstream," Amon told Reuters in an interview.

HALO EFFECT
Samsung said its three Galaxy S20 phones will be more expensive than predecessors when they launch in March with a starting price of $999. They will have a 5G option whereas the Z Flip is a 4G phone. 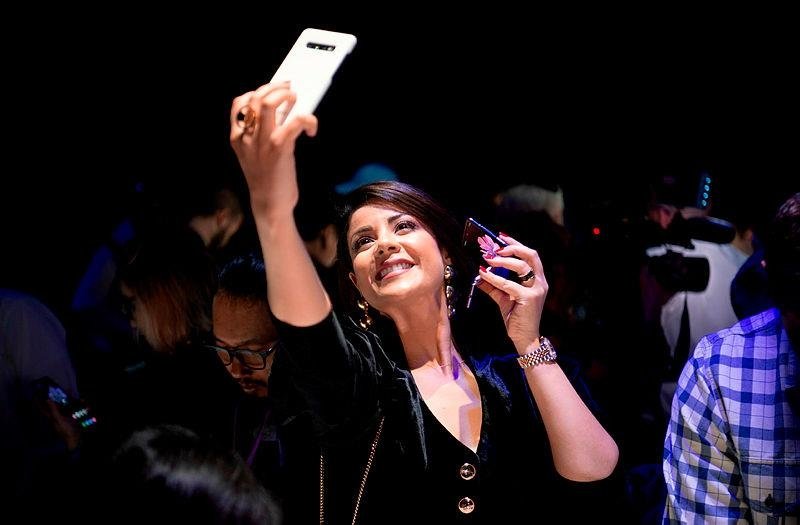 "Everybody wants it to have 5G, but with the segment they're targeting of style-conscious younger folks, right now I think they are going to be OK," without 5G in the Z Flip, said Patrick Moorhead of Moor Insights & Strategy.

Samsung was the No. 1 smartphone company overall in 2019, with 21.6% of the global market, according to IDC. But it lost that title to Apple in the December quarter, as cheaper prices for the iPhone 11 launched in the third quarter helped the U.S. firm mark its best growth since 2015.

Globally it also faces stiff competition from Huawei Technologies Co Ltd, which was a close third in market share in the fourth quarter, although the Chinese company is caught in a U.S.-China battle over security and technology, especially in 5G. 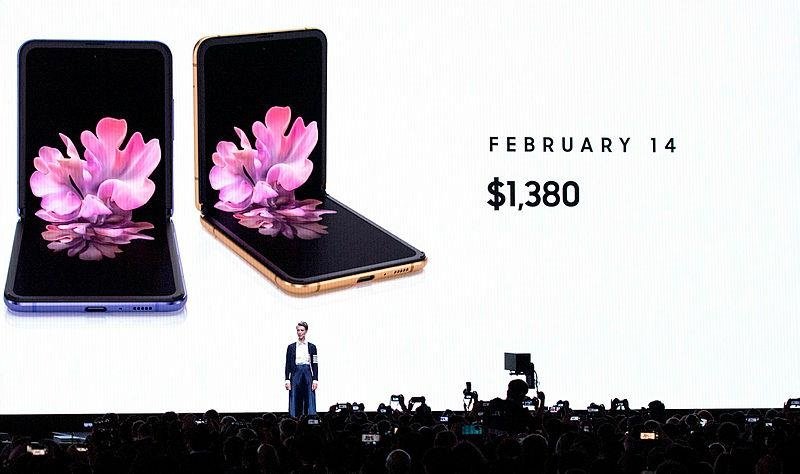 While China's coronavirus outbreak has started to strain the global supply chain and disrupt production, the South Korean firm is seen the least affected among major producers as its main manufacturing base is in Vietnam, analysts said.

"The camera battles in smartphones are absolutely back," said Bob O'Donnell of TECHnalysis Research. 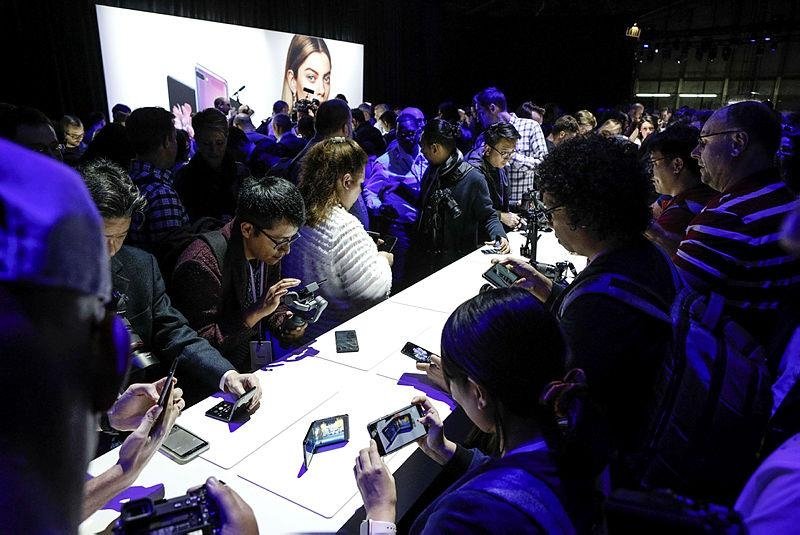 Sales are seen at 5 million units at maximum this year, or less than 2% of Samsung's total smartphone shipments in 2019, a person familiar with the matter told Reuters. Samsung is likely to launch an updated version of its Galaxy Fold later this year, another source said.

"Foldables are expensive and very hard to manufacture. It will take time for foldables to become mass-market products," said Neil Mawston, an analyst at Strategy Analytics, expecting a mass-market takeoff by 2022 or 2023. 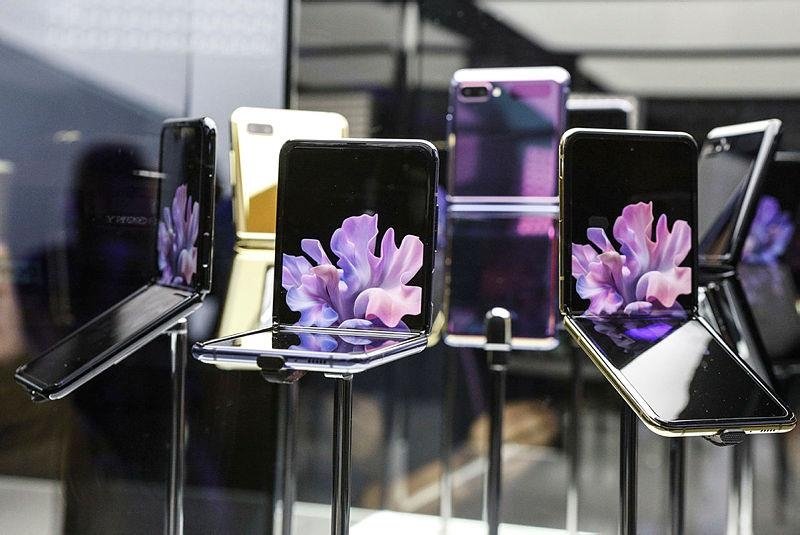 "For now, foldables are a super-premium product that can drive profits or a 'halo effect' for the Samsung brand."